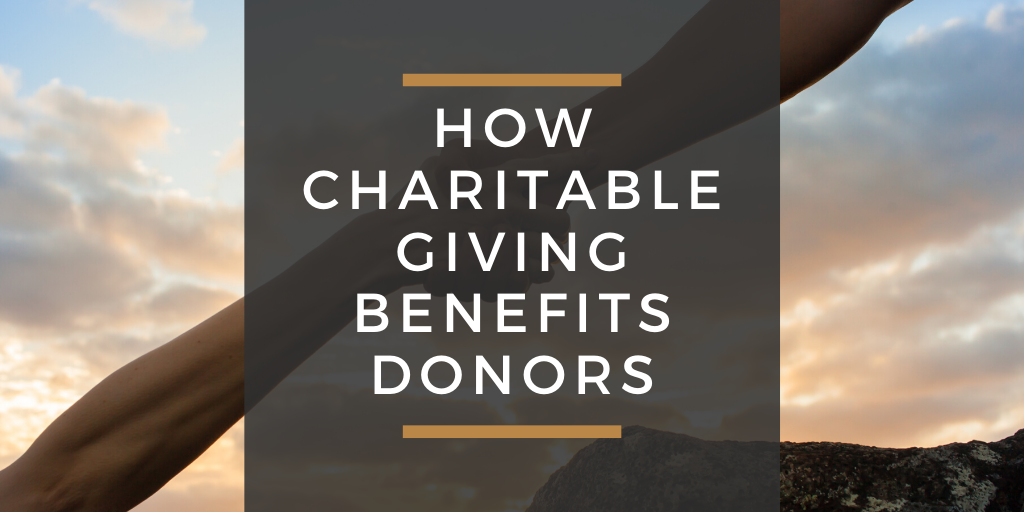 How Charitable Giving Can Benefit Donors

Kelly and Bob regularly set aside a small portion of their budget for charitable donations. In addition to feeling good about supporting a number of worthy causes, they’ve been able to deduct the value of their charitable gifts from their Federal income tax return. Now, the couple thinks it is time to make a larger charitable contribution. Their intention is to donate some stock they purchased years ago for $1,000 that has since increased in value to $50,000.

Before Kelly and Bob move ahead, they realize that there are a couple of issues that need to be resolved. For instance, Bob is reluctant to make the donation because, by doing so, he realizes their children will not reap the benefits of the stock. On the other hand, Kelly wants to make sure the donation is advantageous to both them and the charity. Upon careful review, the couple has come up with a plan that helps alleviate their concerns. Here’s a closer look.

The first step for the couple is to address Bob’s concerns. They can do this by purchasing a life insurance policy in an amount that is equal to the value of the stock—that is, $50,000. Through the life insurance, they can help ensure that their children ultimately receive a benefit that is generally commensurate with the value of the donated stock. They will increase their expenses because of the policy’s premiums, but, as you’ll soon see, donating the stock may actually help pay for the policy.

Next, the couple can address Kelly’s concern by donating the actual stock to the charity, rather than selling the stock and then donating the proceeds. There are two reasons for this decision.

Second, the income tax benefit generated by a deduction for a charitable gift is based on the fair market value (FMV) of the gift and the couple’s Federal income tax bracket if the stock being donated is appreciated, qualified, publicly traded stock (if not, the amount eligible for the charitable deduction is limited to the cost basis of the property donated). So, assuming the couple is in the 28% Federal income tax bracket, a gift of $50,000 would result in a decrease in their income taxes of $14,000 ($50,000 x 28%). On the other hand, a gift of $42,650 would only result in an $11,942 decrease in their taxes ($42,650 x 28%). In effect, donating the appreciated stock outright produces a greater current year tax deduction and results in a greater tax savings than selling the stock and donating the proceeds after taxes.

Ultimately, the money saved from the tax deduction can be used to help offset the costs associated with the life insurance policy. The end result truly is a “win-win-win” situation. The charity wins because it receives the full value of the stock, Bob and Kelly win because they get a maximized charitable income tax deduction, and their children win because they eventually receive a life insurance death benefit that replaces some, or all, of the value of the stock.

Making the Most of It

If you would like to maximize the tax benefits of charitable giving, be sure to consult a qualified tax professional. There are some limitations on charitable giving based on the type of gift, the type of organization receiving the gift, and your adjusted gross income (AGI) for Federal income tax purposes. In addition, a charitable deduction is only available to taxpayers who itemize their deductions as opposed to taking a standard deduction. Nevertheless, the ability to receive an income tax deduction and possibly replace some of the donated wealth with life insurance makes charitable giving pay off for you and for the organizations you wish to support